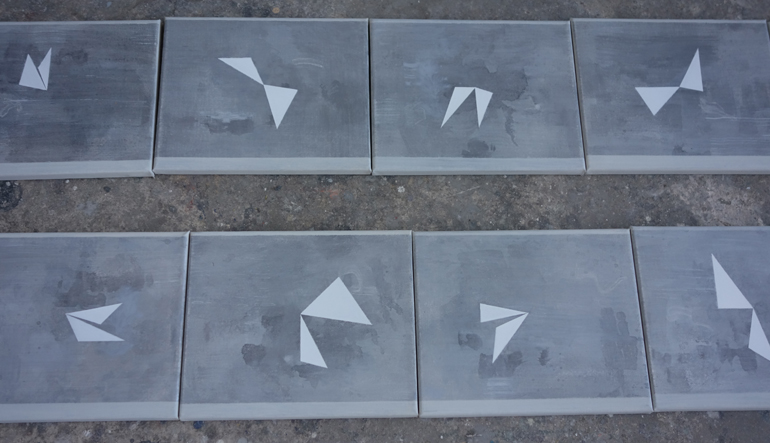 About | Shorter biography (150 words)
Fuller biography (950 words) | Articles
Born in 1951, Richard Emsley’s formal musical education was at Cardiff University where his tutor was Arnold Whittall. While at university he was a frequent participant in Peter Maxwell Davies’ composition classes at Dartington International Summer School of Music and was a co-founder of the Cardiff Composers’ Ensemble.


In 1979 Emsley co-founded with composer James Clarke the ensemble Suoraan, one of the first British groups to promote the music of Xenakis, Finnissy, Ferneyhough, Dillon and Dench. He composed six works for the ensemble including the extended music theatre piece The Juniper Tree. Following his time with Suoraan Emsley fulfilled commissions for The Fires of London, the harpsichordist Jane Chapman and the now-defunct Inner London Education Authority. In 1988 the publication of an article on Emsley’s work in Tempo by the composer Richard Barrett led to an invition to participate in the Composers’ Forum at Darmstadt Ferienkurse für Neue Musik.

In 1996, after a period of creative silence and experimentation, Emsley began to explore a seam of gaunt solo piano writing in the works finnissys fifty and the extended for piano series. Subsequently performed by numerous pianists and twice selected for ISCM World Music Days in 1999 at Bucharest and 2001 at Yokohama, three pianists in particular have been associated with these works: their initial proponent Ian Pace, who performed for piano 2 in Bratislava, Cologne, Heilbronn, London and Dublin during 1999; Philip Thomas, who commissioned the 42-minute for piano 13 for an Emsley portrait concert which he curated in Sheffield in 2003; and Jonathan Powell, who commissioned the latest in the series, for piano 15, an extended meditation of 40 minutes recently discussed at length by Arnold Whittall in “Expressionism revisited: modernism beyond the twentieth century” published in Transformations of Musical Modernism.

In 2002 Emsley began Still/s, a cycle of 24 solos, duos and trios written for all the combinations of a five-instrument reservoir. Exploring even more drastically pared-down material than the piano works, this series sprang from a collaboration with the visual artist Joan Key and the cellist Anton Lukoszevieze, commissioned by the iconic De La Warr Pavilion in Bexhill. Further pieces from the cycle have been commissioned by Carl Rosman and Mark Knoop of the Libra Ensemble, violinists Angharad Davies and Darragh Morgan, clarinettists Ian Mitchell and Andrew Sparling and the London concert series Music We’d Like To Hear, under whose auspices the ensemble Apartment House performed Still/s 1-6 as a concert-length event curated by Tim Parkinson in 2008.

A portrait CD of Emsley’s music performed by pianist Ian Pace, guitarist Alan Thomas and the ensemble Topologies, conducted by Mikel Toms, was released on the Divine Art/Metier label in 2002, and three of Emsley’s piano works are included on British!, a recent CD release by the German pianist Steffen Schleiermacher. In 2011 a joint 60th birthday concert with the British composer James Erber was given in London.

Recent projects include the inception of a series entitled Cast for live instruments combined with a tape part treating the voice of mezzo soprano Loré Lixenberg; the completion of two orchestral works,  …des tactiques de lenteur…and Strange Attractor, the latter being commissioned by the BBC and first performed as part of Glasgow Tectonics by the BBC Scottish Symphony Orchestra conducted by Ilan Volkov; the completion of a 2-hour electro-acoustic piece Music for Pretend Orchestra; and in May 2019 the completion of the 3-hour chamber cycle Still/s.

Most of Richard Emsley's works are published by Composers Edition. Complete recordings of selected works can be listened to on Soundcloud and Spotify.